Today we are continuing with our “Come and See” series, responding to Jesus’ own invitation to come and see what he is all about through his teaching, his miracles, and his actions recorded in the Gospel of John. Today we will look at one story, but dig back a bit into all the events that led up to and had bearing on a pivotal moment of experiencing forgiveness and grace. 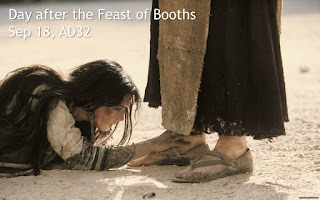 It was the day after the Feast of Booths. It was AD 32 as we would count it. It was mid-September and early that morning Jesus had come into Jerusalem from the Mount of Olives just outside the city in order to teach in the Temple. As he sat down to teach those gathered around, the scribes and Pharisees brought a woman before him. It was a trap… they said she had been caught in the act of adultery, caught with a man who was not her husband. In the Law, they said, “Moses commanded us to stone such women; what do you say?” (v.5)

So many questions… How did they know to ‘catch’ her? Where was the man? Why so intent on trapping Jesus? 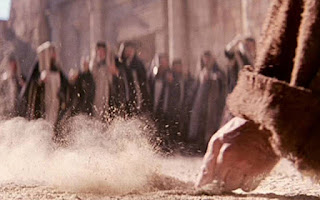 You may know the story. You may even know that it is one of a very few stories that we are not sure are part of the original Gospel of John (if you look in your Bible there is probably a footnote about that). But nothing in the story contradicts Jesus’ teaching or expected actions. In fact, it captures them quite well.

John the disciple, the narrator, tells us why they are doing this. They are testing Jesus so that they might have grounds for accusing him (v.6)… of breaking the religious Law, of inciting a riot, of any number of things. But Jesus doesn’t answer right away. He stoops down and writes something in the dirt. They persist in asking him what he thinks they should do. He stands up and says, “He who is without sin among you, let him be the first to throw a stone at her.” (v.7) And he stoops down and writes some more in the dirt. 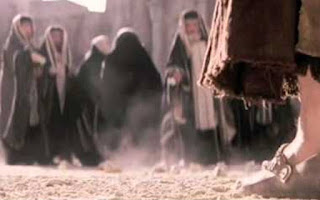 And one by one, the older ones first, then they younger, leave and he is eventually left alone with the woman in the center of the Temple court. (v.9) Was it what he said? Was it what he wrote in the dirt? Was it something else? Clearly something he said or did connected with them and changed their hearts and minds. Let’s look back to two days earlier…

Two Days Earlier: the last great day of the Feast of Tabernacles (John 7:37-39) 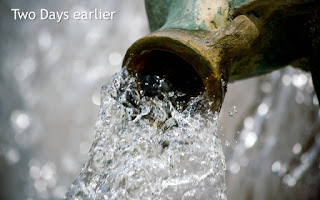 John 7 records that Jesus went to the Feast of Tabernacles (or Booths). It is not explicitly named in John, but we know that it is because of the details provided. It is a seven day feast and one of three involving pilgrimage to Jerusalem. And the events of the last day of the feast are well-known and recorded since ancient times and they correspond with what happened. Much of this is spelled out in the Talmud, which is the ancient Rabbinic commentary on the Hebrew scriptures. There is a whole book in the Talmud describing and commenting on Sukkoth, the Feast of Tabernacles. Specifically of the seventh-day water-drawing, the Rabbi’s write: “He who has not seen the joy of the water-drawing has not seen joy in his whole lifetime.” (Sukkoth 5:1) Here’s what that last great day involved…

At the break of day priests proceeded from the temple to the pool of Siloam. There they filled a golden pitcher with water and bore it back to the temple. On approaching the watergate on the south side of the inner court the shophar (trumpet) was sounded three times—joyous blasts which were explicitly related to Isa 12:3, “With joy you will draw water from the wells of salvation.” The priests bearing the water then processed around the altar, watched by the pilgrims, while the temple choir sang the Hallel (i.e., Psalms 113–18). When the opening words of Psalm 118 were reached, “Give thanks to the Lord,” every man and boy shook the lulab (a bunch of willow and myrtle tied with palm) with his right hand and held aloft citrus fruit in his left hand (a sign of the harvest gathered in), and the cry “Give thanks to the Lord” was repeated three times. The same thing happened at the cry “O Lord save us!” of Ps 118:25. Since all this took place at the time of the daily offering, the water was offered to God in connection with the daily drink-offering (of wine). A chosen priest mounted the altar on which stood two silver bowls, one for the reception of the drink-offering and the other for the water. When the priest had poured the wine and the water into their respective bowls, they were then poured out as offerings to God. The crowd then called out, “life up your hand!” The demand was made as a sign that the rite was properly fulfilled… and the priest [raised] his hand aloft to show that he had faithfully discharged his duty.

It was during this annual feast day, on the last great day of the feast, most likely after the cry of “Lord, save us” (Hosanna!) and as the water was poured that Jesus stood up and spoke out and said,

If anyone is thirsty, let him come to me and drink… He who believes in Me, as the Scripture said, ‘From his innermost being will flow rivers of living water.’” (John 7:37-38)

This is not the first time Jesus has spoken of living water, though perhaps it is the first time he has done so publicly in Jerusalem. Think back several weeks for us, some 18 months earlier for the events in John. 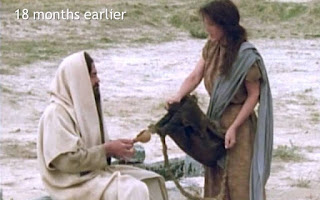 Back in John 4, which we looked at three weeks ago, Jesus was traveling through Samaria and talked with a Samaritan woman at a well at noontime. I won’t go back through all that made that encounter so unusual, but in that conversation he offered the woman “living water.” He says, “If you knew the gift of God, and who it is who says to you, ‘Give me a drink,’ you would have asked him, and he would have given you living water.” (John 4:10) He goes on to say, “Everyone who drinks of this water will thirst again; but whoever drinks of the water that I will give him shall never thirst; but the water that I will give him will become in him a well of water springing up to eternal life.” (v.14) And after some more back and forth, Jesus admits to being the Messiah.

So, clearly he has already been thinking about living water and his identity and what he offers people related to life and eternal life. And he is not making this up on the spot, he is pulling from ancient promises and teachings in Hebrew scripture. For example, 600-750 years earlier, prophets like Isaiah and Jeremiah had written of this water. 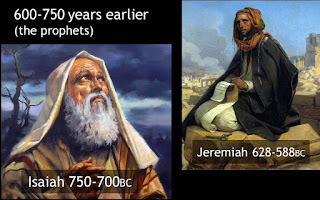 In the writings of the great prophet-preachers of Hebrew scripture, water is a powerful image of salvation and hope. Not only does water wash clean, but it gives life, particularly depicted in ‘springs of water.’ When Jesus speaks of water, living water, and fountains of living water, he draws upon this prophetic imagery and familiar scriptures to God’s people. He is invoking promises of God’s Messiah and God’s salvation for His thirsty and needy people of every time and place. Listen to the two prophets, Isaiah and Jeremiah:

Behold, God is my salvation (yeshua). I will trust and not be afraid; for the Lord God is my strength and song. And He has become my salvation. Therefore you will joyously draw water from the springs of salvation.” (Isaiah 12:2-3)

O Lord, the hope of Israel, all who forsake you will be put to shame. Those who turn away on earth will be written down, because they have forsaken the fountain of living water, even the Lord.” (Jeremiah 17:13)

And did you hear that last part? Those who forsake the fountain of living water that God provides will have their names written down. Could that be what Jesus was writing in the dirt that day? Was he writing the words from Jeremiah? Or was he writing down names of those present? Before we return to the present of the story in John 8, let’s take one more time-jump further back, 500 or more years earlier. 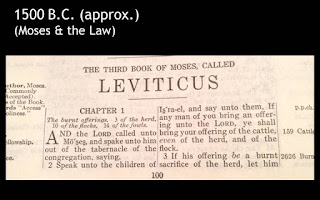 The first five books of our Bible and of the Hebrew scriptures are known as the Pentateuch (five books) or the Torah (Law) and record, among other things, the Laws God gave to Moses to govern the life and health of God’s people. It is there that God established the great feasts, including the Feast of Tabernacles. The details are recorded in Leviticus 23 and the intent of the Feast is to recall to God’s people the time of wandering in the wilderness on the way to the Promised Land. It was a time when the housing and shelter was temporary and the tabernacles or booths were meant to re-enact that experience and call forth the hope of God’s faithfulness in providing, leading, and keeping the Covenant. It also corresponded with the fall harvest, as the hope of planting was fulfilled in harvesting crops. The water-drawing festival developed in Jewish practice as a symbol of that hope and God’s faithfulness.

1500 years after Moses, in Jesus’ day, the Jewish people were still observing the Feast of Tabernacles and the water-drawing festival, and still expressing hope that God would lead them through deserts to a promised future of hope, salvation, and blessing. And it was into that very moment of hope that Jesus stood up and spoke. 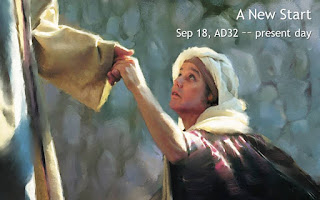 This is such a powerful story, especially if you read it as one who recognizes their own sinfulness and need for forgiveness and a new start. But it is more than a point in time story about Jesus and one woman. It captures up the whole of biblical history, the whole of God’s sweep of redemption and salvation, the whole of God’s promise that there is more on the other side of wandering, wilderness, desert, and thirst. God gave His Law not as an end in itself, but as a teacher to show us what His faithful love looks like. God’s preachers and prophets spoke of these powerful images not to earn a name for themselves, but to draw people to faith and hope in the God who provides and the God who saves. Like Jason shared last week about the Operation Christmas Child boxes, even the great Feast of Tabernacles wasn’t a self-contained end in itself, but a “GO Box” – a Gospel or Good News opportunity to believe in something beyond the present drought and suffering. Jesus stood up and claimed it and then offered a personal experience of that living water and new life to one woman whose shame and guilt were exposed. And he did not condemn, but offered a new start.

That’s the Good Word in all of this today, especially if you are experiencing drought or suffering, wilderness or wandering, or just need a glimpse of a hopeful future. Jesus not only has living water; he IS living water. He does not condemn, he washes us clean and gives us new life.  For those with ears to hear, come and see, come and believe, come and drink from the fountain of living water. Amen.

Previous
Live Bread
Next
Stewardship, a Way of Life