Today is the last Sunday of the calendar year and the last Sunday in our “Come and See” series. I want to look with you at the story of the wise men. It is a familiar story, but sometimes familiarity causes us to overlook important details. So I’d like to highlight a few details that are easy to miss, then look at what led the wise men to Jesus, then look at their response to finding him. In that I think we will find a natural transition from our “Come and See” series to “Here I Am” series starting next week. And perhaps it will be a helpful way to come into the New Year.

Where Did the Manger Go? 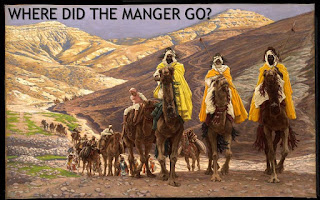 I want to press on to some of the significant parts of the storyline, but there are a number of fascinating details, so let me mention some of those first. The magi came to Herod asking to see the newborn king. They were not, themselves, “three kings” but likely were the chief advisors to kings. As such, they were probably not traveling alone, but with a large group of attendants and guards. And their journey probably took several weeks. (For example, if they had come from Babylon itself, the trip would have taken about 40 days by the main trade route.) That this is who they were and how they traveled helps explain how they were able to gain an audience with and the attention of Herod.

To say a bit more, magi were a kind of scholarly priest that advised kings and rulers in the Middle East. We know that these magi were specifically familiar with the writings of the Hebrew scriptures (vv. 5-6) and that were also astronomers/astrologers (v. 2) because they mention both in the conversation with Herod. By ‘astronomer’ I mean that they were knowledgeable about the planets and stars and their movements, even in some surprisingly accurate detail. By ‘astrologer’ I mean that they ascribed meaning to the movement and relation of the planets and stars.

Remember, too, that many of the writings of the prophets in the Old Testament were written to Jewish exiles in Babylon in the 8th through the 5th centuries B.C. These were the same writings that spoke of the Messiah, the birth of a God-promised King. It was this same culture – in Babylon – that produced the magi. They were the scholar-priests who advised the kings and rulers of the Babylonian and successive empires. It is no accident that these magi would have come in contact with the writings like those of Micah, who wrote of a ruler who would one day come out of Bethlehem.

We also know from a little bit later in the story (v. 11) that when the magi found Mary, Joseph, and Jesus, the family was no longer in the setting for the birth, but were in a house in Bethlehem, probably staying with family there. Remember that Mary and Joseph had traveled to Bethlehem for the census at the time of Jesus birth (which was one reason it was hard to find room). But in the days that followed, it would have been very normal and typical, after giving birth, for relatives to house the young family for a time.

Finally, given the timeline and details, particularly of Herod’s decree in the horrible story that follows this one (Matthew 2:16ff), Jesus may have been anywhere from six weeks to two years old by the time the wise men came. It was only after his family fled to Egypt and Herod died that they returned and settled in Nazareth, where Jesus would grow up.

If you want to know any more about any of those details, let me know and I can tell you more or point you to where they come from in the text. But let’s turn now and look more closely at the encounter between the magi and Jesus. 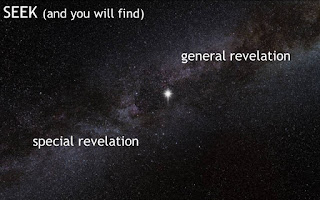 First, it is fascinating and encouraging that the magi are a part of this story. Because who are they? They are non-Jewish seekers, interested in the truth and in significant matters of life. They do not have all the truth, but are searching with what information they have. For us, reading the story, they depict God’s interest in ALL the nations and peoples of the world – that ancient promise to Abraham to bless him in order to bless the world.

Said another way, they are a reminder to us that you don’t have to be born to the in-crowd to belong to God. God welcomes – even expects! – outsiders. And as Paul puts in theological terms in Romans in the New Testament, God has spread pointers to Himself across the natural world, such that no one is without excuse… all have an opportunity to notice and ask and seek. This is just what the magi did. They came looking – not even knowing specifically what they were looking for or what they would find.

To say that another way: if Jesus is God’s True Word (and I believe He is!), then any honest search for truth will lead you to God through Christ. Depending on your starting place, you may wander through some strange territory indeed. But if you are willing to let go of what is not Truth and keep seeking, you will find God. We have a great example of that with these magi. They thought they were coming to find a newly born “King of the Jews.” That’s probably why they went to Herod, thinking perhaps that Jesus would have relocated to the palace. But when they did find the holy family, in humble dwellings, they were able to adjust their expectations and encounter Jesus on his own terms. By the end of that encounter, God even spoke to them in a dream, leading them to choose another route home and away from Herod.

Though we also believe God finds people and does what we can’t do in terms of making us right with Him, Jesus also says that if we seek Him, we will find Him. God won’t hide or turn you away. So even if you don’t know all the particulars about God, about Jesus – even if you didn’t grow up in church or in the Christian faith; I encourage you to ask questions, to read, to look. That is what prompted us to “come and see” Jesus – to check out his teaching and ministry all Fall. And that led the magi just where they needed to go, even if it wasn’t quite what they originally envisioned. 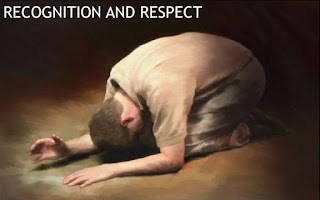 The magi came looking for the newborn king in order to give gifts and to worship. They said this to Herod up front (v. 2) even before meeting Jesus. It is unclear what they mean by ‘worship.’ The word means to literally bow or prostrate before an authority, so here likely means to offer him early recognition as king than the more spiritual overtones we associate with the term. They were advisors and, in a sense, envoys, to foreign kings and rulers; so this was also an opportunity to pay respect to a new king being born into the world.

On the one hand, we don’t know that they had any revelation or transformation upon finding Jesus. We read that they “fell to the ground and worshiped him.” Then they offered a kind of service when they “presented to him gifts.” (v. 11) These two acts were what they intended from the beginning. Perhaps the intent to worship and serve was part of their “seeking” that prepared them to see truly. Did those acts of worship and service take on new meaning once they arrived and saw Jesus and his parents? I don’t know. 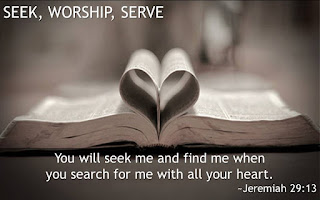 It leaves me with the same kind of ambiguity and tension and hope I have when I talk to so many folks who are seeking God, trying to understand faith, or questioning faith. Isn’t there some magic prayer or secret answer or experience I can offer to make it all work for you? (for me?)

Seek the Lord; seek Truth. Ask questions and be willing to have your mind, heart, and direction changed. Don’t do it in isolation; do it with people you trust. And the best place to seek and ask those questions is in the context of the worshiping community, the church. Nature and mountains and sunsets and oceans can point you in the general direction of God (that was Paul’s point in Romans), but if you want the specifics, it’s in the Bible. And If you want to test that out, live with it, see it in action, push back on it, do that in the context of worshiping and serving God in the faith community.

Consider what they did see and experience along the way – whether they understood it or not. They read the Holy Word of God and trusted it enough to act on it. They saw some sort of sign, whether natural or supernatural, and followed it to Jesus. They offered worship and service to Jesus, whether they really grasped who he was or not (do we ever really grasp all of who he is?!). And God ‘spoke’ to them in a dream to lead them away from Herod as they left.

If you seek God, read and listen to His Holy Word, gather with others in worship and service, and are willing to follow where those things lead… none of those things create faith or make peace with God; but I sure can’t think of a better place to be to encounter God.

I can’t create faith or make peace with God either. But God can. And He said, “Seek and you will find.”

May God give us ears to hear.  Amen.

Previous
The Christmas Story
Next
Here I Am